During this session, class were asked to take something from their church visit and develop it in such a way as to elicit something of the atmosphere felt in the building and around its architecture.

Whilst most people had done sketches in the church, most also took supporting photographs. It was from these that people chose to work in this session. Of course, as had been stated in previous sessions, photographs not only capture one static moment in time, but also capture the lighting according to the exposure functions of the camera used. This means that you cannot move around the scene, or make the natural adjustments for lighting done automatically by eyes and brain. This can result in missing detail or losing the shapes of objects. 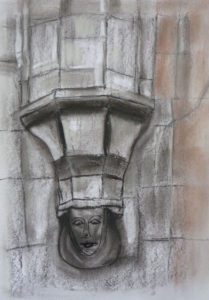 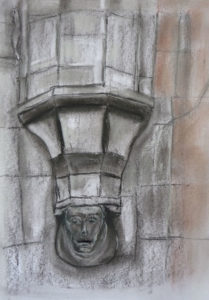 Stan produced this excellent drawing. His handling of the masonry – both its texture and colour, is nicely rendered and the shape clearly stands out from the main wall. I think Stan had a few problems with the face, but the overall impression and atmosphere has been captured. As you view the development of the drawing, the face improves, although remains a bit masculine… and I think the original is a female. 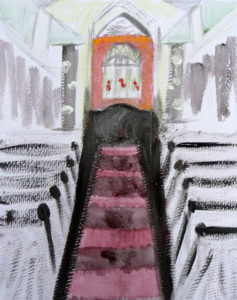 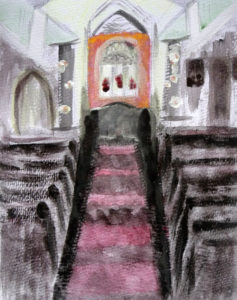 The initial focus of this drawing by Mags, was very much on the aisle carpet, leading up to the stained glass window, through a forest of pews. Issues that were addressed as the drawing progressed were perspective, in relation to eyeline, and pulling the drawing together to remove a feeling of bittiness. By applying water washes, blending took place and atmosphere started to be created. The perspective lines of this drawing are really beginning to work and the feeling of looking upwards towards the window, from darkness to light, creates a sense of reverence in the lower position of the viewer. 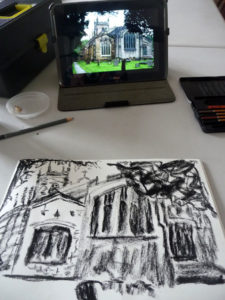 Elizabeth’s drawing (left) began with some faint outline, proportional sketching (not shown here) but seemed to be holding back potential for a freer expression to produce something more in the short time available. We discussed an approach to block in some basic shapes that could be worked back into. The result was this charcoal drawing which I think has started to show promise and atmosphere. Working in this way might not promote proportional and relational measurement, but it does get something on the paper that can be gradually developed and modified. 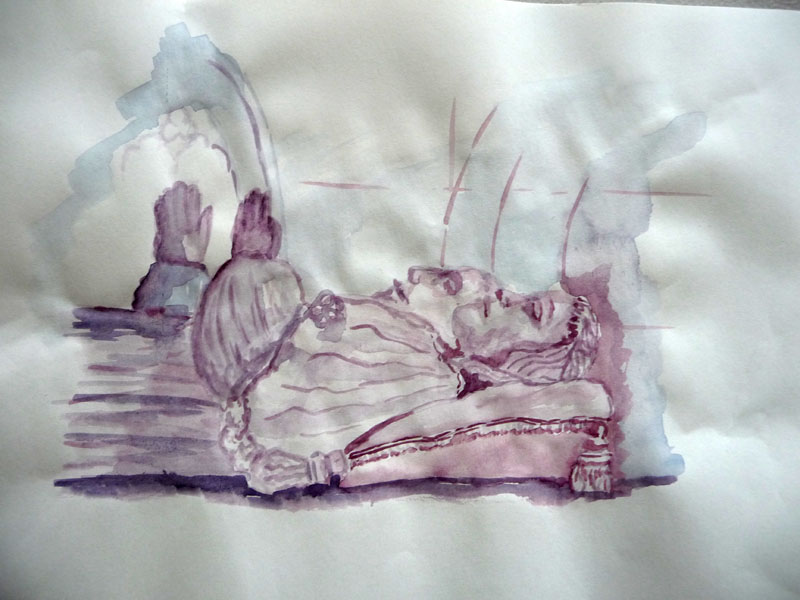 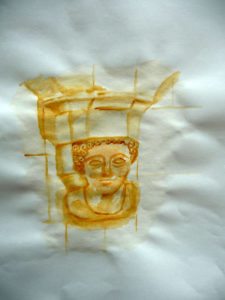 Elizabeth also produced a few painted studies at home. The handling of the medium, with just the right amount of water and wash, produces some subtle qualities, particularly in the stone (left) and the foreground face (top right).

As stated in the introduction (top of page) working from photographic images, taken at only one exposure setting, can result in forms changing or losing their edges. This drawing of Kathy’s (below) is a case in point. The intensity of light from a window behind it, has bleached out part of the object, making it difficult to draw, in part, due to the brain wanting to make corrections to produce the form it knows should exist – contrary to what can now be seen in the photograph. Having said this, Kathy manages to create atmosphere in the top drawing and form in the lower drawing. 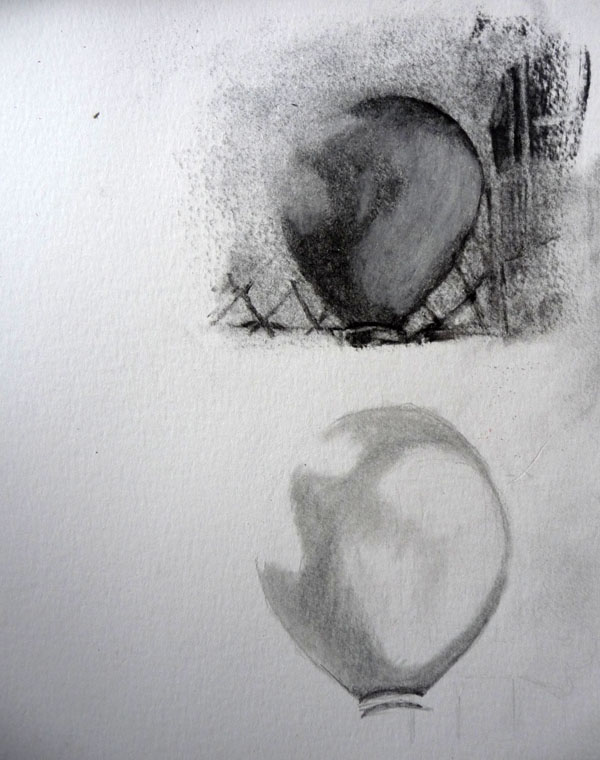