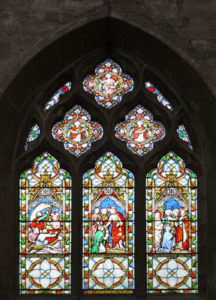 The Church has both a rich history (Saxon, Victorian) and a fascinating number of opportunities for sketching. Indeed, there are so many things – in what has now become a comparatively small space – from stained glass to statues, that a short visit simply cannot take it all in. 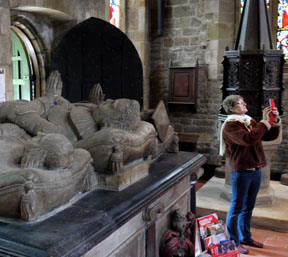 And if the architectural history was not enough on its own, much of the furniture has carvings by both Robert Thompson – ‘The Mouseman of Kilburn’ and one of his apprentices, Martin ‘Lizardman’ Dutton. You can see a bit more about the Church here.

One notable visitor to the Church in the past, was famous sculptor and local Castleford lad, Henry Moore – who was said to have been particularly interested in a couple of the stone carved heads. Although not perhaps fully apparent from the image below, closer viewing from different angles does bear a striking resemblance to the style of some of the heads on Moore’s ‘reclining figures’. 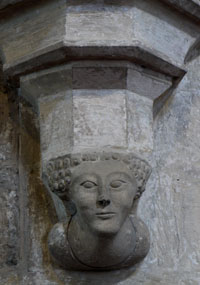 Other influences in the Church can be seen in some of the fantastic stained glass windows. There appears to be a strong influence of the Pre-Raphaelite period and also the Arts and Crafts movement styles of William Morris and Edward Burne-Jones. 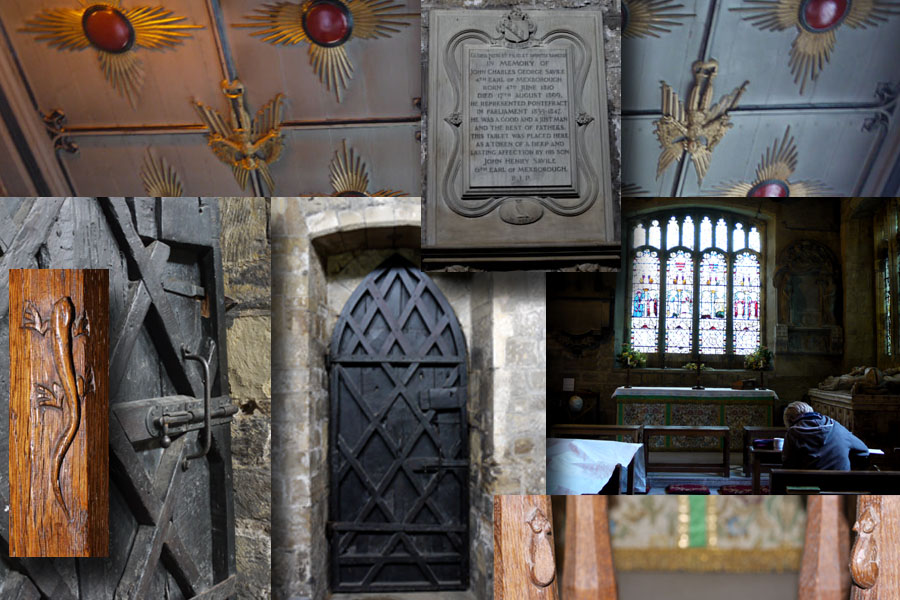 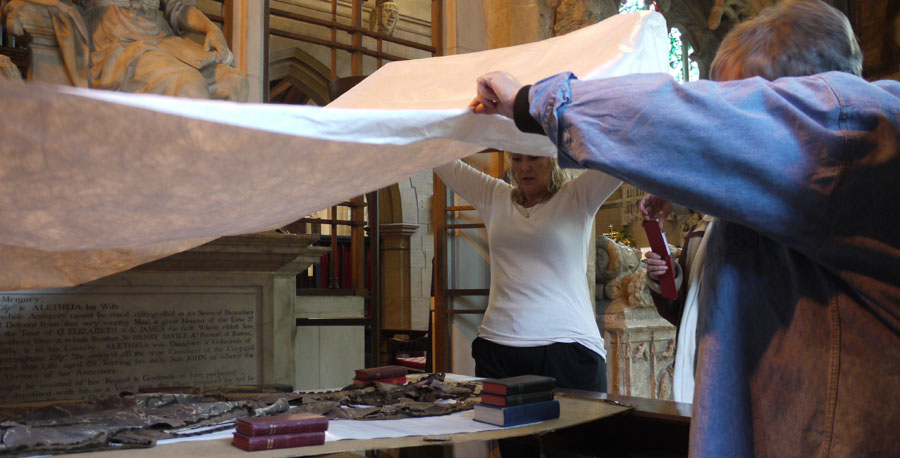 Although difficult to make out, this is actually the remains of an ancient pennant flag – awaiting restoration or reproduction. 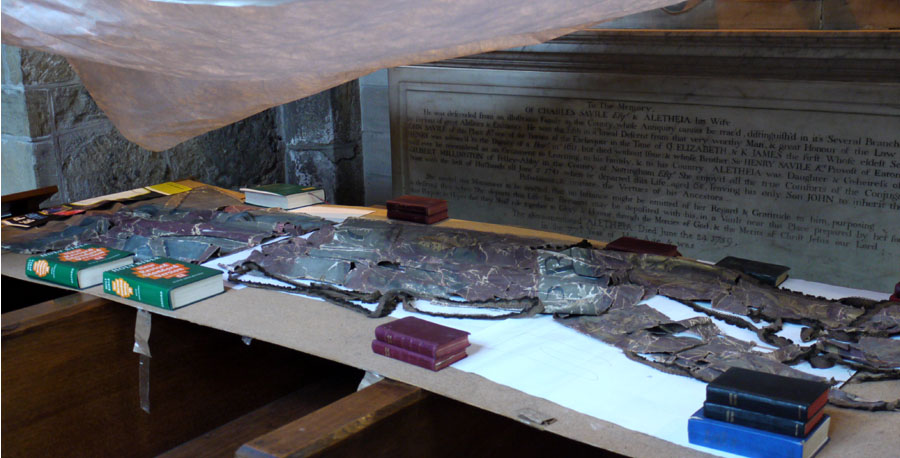